Click here to see the garden at Villa Augustus!

Let’s take a walk through it…

At the front, near the main entrance to the restaurant on the Oranjelaan, is the entrance garden, where hedges of box and yew, clusters of shrubs and a few solitary trees stand among the lawns. The two whitebeam trees that already stood in the garden are spectacular. In the spring the leaves, which unfold from a compact ball, are a wonderful sight.

We walk through the market and the restaurant to the terrace, where we can look out over the vegetable garden. It’s a wonderful place to sit in the summer with a glass of chilled white wine and watch the gardeners at work and the chefs picking edible flowers for the salad.

The vegetable garden is the culmination of many years of experience and experimentation. From very early in the year until deep in the winter, everything is grown here that is possible in the Dutch climate. Cultivated from seeds, selected for quality and taste, vegetables, fruit, herbs and spices find their way to the Villa Augustus kitchen and market. Edible flowers are also sown and planted. And there is a small sunbathing lawn with prunus trees, and hothouses for grapevines and for vegetables.

Early vegetables like lettuce, rucola, mustard, chervil and the first cauliflowers are grown in two restored hothouses dating from 1910 and in cold frames. After that, the first broad beans, rapini, field peas and spinach appear in the empty beds in the garden. 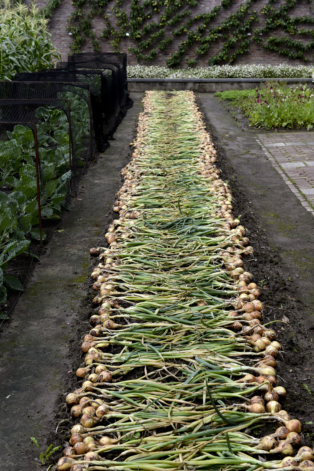 The garden becomes increasingly resplendent in the summer and autumn. There are deliciously smelling herbs like thyme, rosemary and mint. Tomatoes with various forms and tastes. Aubergines and courgettes. Summer leaks, conical cabbages, Savoy cabbage and the spectacular black Tuscan kale (cavolo nero). Red and white onions, garlic, iceberg lettuce and red Batavia lettuce. And scorzenera, parsnips and cardoon, to name but a few. And all that combined with flower beds full of Indian cress, scabiosa, California poppies, asters, dahlias, cornflowers, zinnias and much more. Roses, lavender and catnip line the paths. Also alongside the paths, and especially along the south wall, there are fruit trees – apple, pear, peach, fig and mulberry – trained to grow in artistic forms, including peacock’s tails, candelabra, palmettes and Belgian fences. Here, the gardeners are at work under the supervision of master pruner Jan Freriks.

Then we come to the berry cage, where we see red, white and pink currants, gooseberries, blackcurrants and blueberries, summer and autumn raspberries and, of course, delicious Japanese wineberries. And with the golden apples of the mythological Hesperides hanging in the lemon trees on the terrace, August is the most resplendent harvest month of the year. 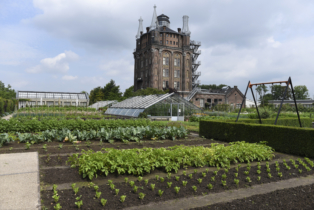 We walk through the vegetable garden towards the hotel in the water tower and, at the end of the passage, come out by the pond. 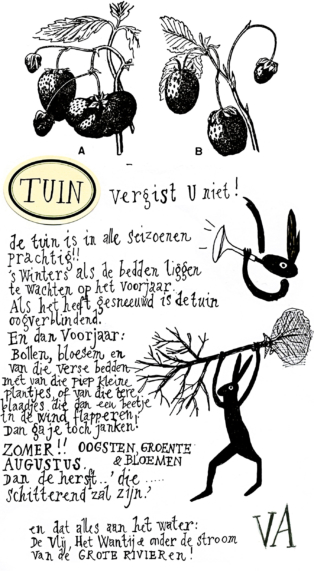 To the right is the Italian garden with its quasi-geometric pattern of box hedges, alternating with blocks and pillars of yew. The background is formed by the wall, built from fragments of the demolished water basins and Belgian bluestone from an old quay in the Kop van de Staart, the old harbour area of Dordrecht. And what a fantastic view of the Wantij and the other rivers – the Merwede, the Noord and the Oude Maas – in the distance. 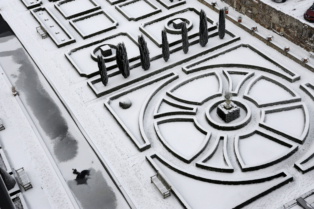 To the left of the pond is the small wood, with paths winding between the shrubs and larger trees such as oak, beech, linden, prunus and willow. There is a small copse of nut trees and a grass field where you can enjoy a cup of tea, read a book or listen to the birds. In the daisy field in front of the Wantijzaal, there is a coffeepot sculpture by Klaas Gubbels.

If we turn immediately right as we leave the wood, we come to the Limonaia, the hothouse that is home to the lemon trees from November to April. From May to October, the Limonaia is used as our pop-up restaurant. Large glass doors open, beautifully set long tables, curtains waving, special bouquets of flowers and birds singing. In the autumn, there is music on Sundays: violins and cellos from renowned string quartets, as part of the Villa Augustus cultural programme. 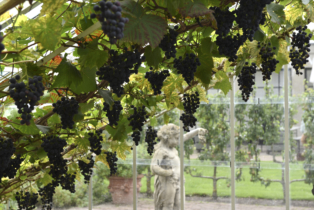 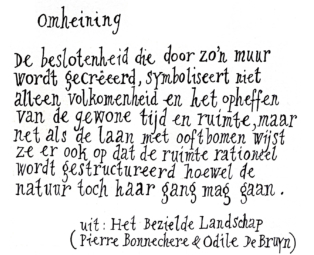 If we walk further, we have to cross ‘running water’. The Villa Augustus garden is bisected by a canal, a narrow stream of water pumped up from the Vlij river. Via De Bron (The Spring), one of the last works by Rotterdam artist of Spanish descent Dora Dolz (1941–2008), it flows continuously past the hothouses and the Limonaia, under the green bridge (also designed by Dora Dolz), past the orchard, and finally drops over a small cascade into the Wantij.

In front of the ‘Limonaia’, we turn right. We see a door in a wall. Ssshh! We are passing the ‘Giardino Segreto’, a room hidden in the Secret Garden. In front of us is the orchard.

In the orchard, there are high-trunk trees: apple, pear, plum and cherry. Not only old varieties, but also modern ones. Selected to supply the kitchen with fruit from early summer to deep in the winter.

The season opens in June with Early Rivers cherries. They are followed by plums like Reine Claude and Opal. In July, the Peach Red Summer and Yellow Transparent apples and the first Précoce de Trevoux pears are ripe. The different varieties then follow each other in quick succession: Princesse Noble, the English Belle-Fleur, Packham’s Triumph, Bergamotte d’Esperen and many more… The last to be picked are the Zoete Brederode, an old variety of Dutch stewing pears. Mmm…

There is of course much, much more. But to see it all, you have to come and take a look for yourself.

The garden is open to visitors during the opening times of the restaurant:

Enjoy the garden, but please stay on the paved paths and hold children by the hand. 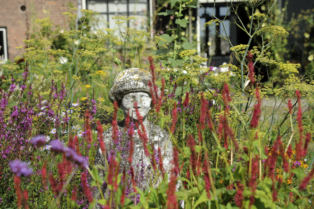 Smoking is allowed only on the terraces around the hotel and restaurant.

Did you know that, in 2010, the Villa Augustus garden was the first garden outside the UK ever to be selected as ‘Garden of the Year’ by leading English magazine Gardens Illustrated and the London Garden Museum?

It was not the first time that Villa Augustus had won an award. Earlier that same year, Villa Augustus was chosen by the Taschen publishing house as one of the 72 most beautiful places in the world to spend the night. The results were published in ‘Taschen’s Favourite Hotels’ (sold out).

Would you like to know more about our garden? In the market, you can buy the book De Tuin van Augustus (The Garden of Augustus) and the film Dit is Villa Augustus (This is Villa Augustus), which tells the history of Villa Augustus and its garden. And, attention all pruners! Also available in the market are Jan Freriks’ classical books on pruning and the film Portret van een Tuin (Portrait of a Garden) about his work on the Dordwijk country estate. And of course, you can buy the useful Fruit Calendar! 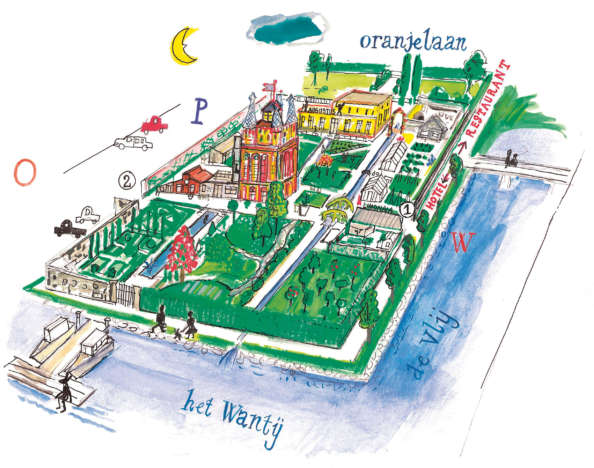 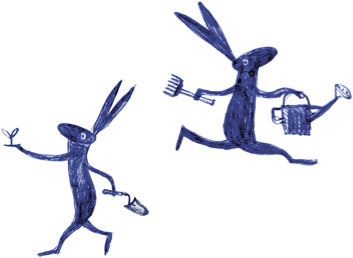